This is our second post dealing with Total Permanent Disablement Cover (TPD), the first of which, a basic introduction to what the cover is, the definition of accelerated and stand alone policies and what constitutes permanent disability can be found here.

When looking at different forms of insurance, they each tend to have their own unique benefits and drawbacks. Life insurance is widespread and important, yet only pays claims upon actual or medical death, rendering it unable to cover critical illness and disablement that takes you out of your work and makes you unable to earn money. Income protection does this job but sometimes involves more costly premiums. Health insurance will cover your medical treatments and expenses but will not supplement any lost income your medical conditions could cause.

When people learn about TPD, they typically wonder if its really necessary or beneficial. What does it offer? Is it worthwhile to have, even if I already have life cover and/or income protection? What differentiates it from other forms of risk cover? What are the benefits and drawbacks to this lesser known form of insurance?

A common response would be that a drawback to TPD is the unlikelihood of suffering a condition that would result in you meeting the necessary conditions to make a claim (described in more detail here). To some extent, this is true. It is less likely that you will ever need to claim on TPD than income protection or health insurance. However, it is not rare enough that the possibility can be readily dismissed out of hand. From the calendar year spanning July 2011 to July 2012, Sovereign paid out over $2.5 million of TPD claims, the highest proportion being for Neurological conditions and Cancer. So, it does happen and it may be worth having. At Spratt Financial, we have personally seen a few TPD claims over the years for substantial amounts, in one case over a million dollars, which formed an income source sufficient to provide for the rest of the client's life.

Also, the more infrequent nature of Total Disability is taken into account in the cost of the insurance, making it an even more worthwhile proposition. Because conditions resulting in permanent disability are rarer, TPD cover can be taken out for a far cheaper cost than other forms of insurance, and the monthly premiums are typically very affordable. Our company founder believes strongly in TPD insurance due to his overseeing of several cases and tries to encourage our clients to take it out wherever possible, as it is very seldom a financial burden and could result in hundreds of thousands of dollars being paid in your moments of direst need.

Overall, even though TPD is a more overlooked and unknown form of cover, it actually has less drawbacks than some of the more popular forms of insurance. It can be useful, it can completely remove your financial worries for life if disablement does strike and it is generally not overly costly. We personally think TPD insurance is generally a good thing to have, and if you agree, we can definitely help you out. Don't hesitate to drop us a line at enquiry@sprattfinancial.co.nz if you have any questions. 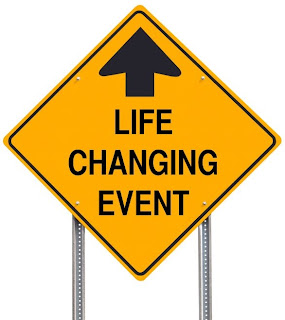