Today on the front page of the Sunday Star Times (June 23rd 2013 edition), the publication is featuring an article by Kirsty Johnson, detailing the plight of TV presenter Sonia Gray, who sadly struggled with post natal depression, battling her way out of her condition to find that she would then have to face higher life insurance premiums for having her psychological condition.

"I was shocked," she said. "A lot of people have mental health issues around pregnancy. It's often hormonal," she said. "The insurer's reaction was bizarre."

This has given rise to a great deal of understandable reaction from both the public, the insurance industry and mental health professionals. Most people understand that it is a fact of life that insurers are private entities, and attempting to secure insurance when health is faltering with ailments, disabilities or long term health conditions will result in higher costs or refusal, in the interest of both the insurer and other clients who would lose their cover and security if the insurer was forced out of the marketplace due to excessive claim costs. However, mental health and depression is a much different entity to physical health problems and disablement.

Mental Health conditions are a very complicated issue, which a panoply of treatments and divisions within the psychology profession on how to approach, understand and treat ailments such as depression. Whilst this is the case, a perception of an across the board policy forcing depression sufferers to pay more will understandably lead only to backlash against the insurance industry, feeding into images of money grubbing ahead of humanity. From our experience of dealing with the insurers directly, this is not fully the case. Whilst it is true that insurers do load policies due to depression, this is mostly in the case of severe depression and the client's personal circumstances are looked at in each case before a decision is made.

Even so, this case demonstrates that sometimes the insurers can get it wrong. The insurers obviously must have a constant and consistent balance between maximising profitability to continue to provide a service that is no doubt valuable and worthwhile to the New Zealand public, whilst having compassion and human interest at heart, and in this instance, perhaps they have been erred too much towards the former. People should be given the benefit of the doubt, and in the absence of conclusive evidence of higher risk, it is unfair to burden them further with policy loading.

What are your views on this controversial issue? Should mental health conditions be treated similarly to physical ones by the insurance industry? Is there really more of a risk of death for post natal depression sufferers, and should this be taken into account? Most importantly, what more can be done to combat the problem of mental health in New Zealand and aid the sufferers of depression, and should the insurance industry have a role to play, however small, in this regard?


Read the original article by Kirsty Johnson, courtesy of Stuff.co.nz.
More information and help for sufferers of depression.
Feel free to ask us about depression and how it might be affecting your insurance. 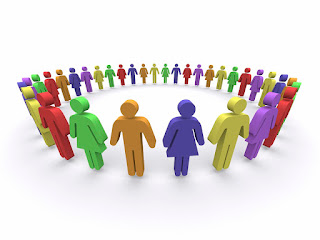