Spratt Financial is now on Twitter @SprattFinancial! Follow us and get updates on insurance, lending and investment. 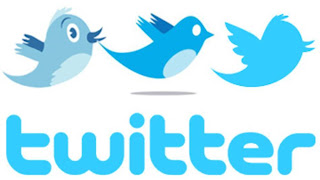 Posted by Scott Lovesy at 12:44 PM No comments:

If there is one aspect of our service we value above all else, it is getting our clients insurance claims through effectively, quickly and with the least stress possible.

Claim time, even when considered in the absence of the health or illness circumstances surrounding it, is an extremely stressful time. A time that is not helped by a panoply of forms, questions and going back and forth with insurance companies.

Whether you require pre-approval, a claim on your health insurance for a procedure, income protection after being rendered unable to work or in the worst case scenario, a claim for a critical illness or death, our professional team is there to help and support you. We have experience and a perfect record in getting the claims you need through and managing your claim for you during any crisis on an ongoing basis. We will arrange the necessary forms, get them to you, help you fill them out and then have them processed. We will then administer and take command of the claims process, always keeping you informed of what is happening.

Also, in our experience, clients can also be missing out on claims they could be receiving through a poor understanding on their own policies or the terminology of insurance providers. We can also help you with this, discerning for you precisely when you can claim and how much for.

If your claim is a single lump sum, our Head of Practise will personally visit you to assist with completing the forms and fully working through the claim with you, giving you personal expertise and one to one service to take the stress away. If you become one of our valued clients, we offer to you all the resources to help you at claim time and manage the difficulties in the easiest and most effective manner.

Posted by Scott Lovesy at 12:29 PM No comments:

In a recent report, the Financial Services Council of New Zealand said Kiwis were under-insured for loss of income from sickness.

Comments: This article is definitely representative of our experience in speaking with members of the public and our own friends and families. It is definitely worth stating that simply put, out of the 85% who have no form of income protection, some simply cannot afford it. However, a good proportion can, and it is worrying that some Kiwis adopt a laissez faire attitude to the possibility of sickness and disablement. We have seen and dealt with many of those 15,000 primary income earners per year that fall seriously ill (including Justin, whose story can be found here). The majority of cases have wished that they had some form of protection in place when the disastrous circumstances of being unable to support a family and a way of life struck.

As Kiwis we can be very tough, self reliant, can do people, but often this can give rise to the mistaken feeling of invincibility, which the statistics show is simply unwarranted. Obviously there needs to be a middle ground between spending too much of the money you don't have on income protection and not having any at all and facing disaster in the event of severe illness.  However, the statistics from other western nations dwarf our percentage of 15% (for instance, 27% of American workers have income protection), suggesting the "she'll be right" attitude of New Zealanders may be getting in the way.

Securing insurance doesn't have to be a chore, or exceedingly expensive. Talk to our team of advisers and let them go to work for you. There is a great chance we can keep your costs down and make income protection cost effective and manageable, so that you don't have to face the trauma of facing illness and disablement without proper cover.

When our team of advisers considers your insurance needs and acts to helps you secure an insurance package, we use a set of criteria that in our experience produces the best results in both the long and short term for you the client.

We list it here to give you a perspective on what our experience has found to be the most important factors in insurance, which can differ greatly from what the public expects when they try to go it alone. We hope it helps you when it comes time to manage your insurance plans.

Ranked from Most to Least Important

1. Claims Paying Experience and Performance.
To our mind, the most important part of any insurance policy is how it will operate at claim time. This is the time you really need flawless service to ease your financial burdens and thus claims performance is the most crucial part of what we look for when we secure you an insurance package. Typically, the events that necessitate a claim come with considerable financial and emotional stress for you and those close to you. We look at the efficiency, fairness and sensitivity with which the insurer carries out their work at these times and make sure you have the most efficient and stress free claims possible.

2. Underwriting Performance.
During your life, things will have gone wrong or begun to have gone wrong with your health and these are of concern to the insurer. We require them to look at these issues in the holistic perspective of your entire life and come up with reasonable solutions that are competitive, fair and accurate. The performance of underwriters is defined by the amount of research they do into your specific circumstances and just how much of a balanced perspective they are prepared to take.

3. Policy Specific Wordings and Definitions Relevant to You.
We focus on the individual person and their individual needs. We look for the issues you face, and what you need from your insurance in order to achieve your outcomes. This is our starting point, rather than a product focussed outcome. Insurance should be tailored to an individual, as catch all insurance solutions can more often than not be inadequate. This is something anyone trying to get the right insurance should take into account, and something we insist on.

4. Long Term Price Stability.
Changes to your health over time may prevent you moving to another insurer should your current insurer’s premium rates become uncompetitively expensive. We actively avoid insurers who have shown long term instability of premium rates, and our experience gives us the edge to know in which areas certain insurers perform better than others.

5. Immediate Cost.
The best option for you is rarely the cheapest option (as detailed more extensively in our article here), but our priority is always to ensure your insurance is competitively priced among the panel of insurers that we do business with. The most important selection criterion is thus to get the best possible deal for your needs that we can in terms of immediate cost.

If you're having trouble with your insurance, feel free to get in contact and our experienced advisors will get you the best cover possible that meets your specific needs and will save you hassle at claim time.

Rest assured that when you put a call in to us, you're getting the best possible service. In that regard, here is an example of our new fleet of vehicles, helping us zoom around town with 'people power'. As you can see, we spare no expense!

Posted by Scott Lovesy at 11:28 AM No comments:

Email ThisBlogThis!Share to TwitterShare to FacebookShare to Pinterest
Labels: Just for fun, Vehicles

Spratt Financial Services is now on Facebook! Check out our page and give us a like. Feel free to use our page to direct questions and comments to our team, who are always happy to hear from you.

Posted by Scott Lovesy at 12:55 PM No comments:

Critical Illness: What are the Chances?

One of the main things people want to know regarding insurance are the best researched facts and figures about what circumstances they are likely to face in life, and what they need to be ready for. For instance, if there is a high statistical risk of developing a critical illness that affects one's ability to work and make a living, people tend to seek out cover for themselves, their families or their business. In contrast, if there is a very low statistical risk, people tend to not choose to take on extra monthly cost, making an informed decision that if the chances are low it is best to save their hard earned money.When it comes to Trauma/Critical Illness cover (aka Living Assurance), luckily the statistics are clear and readily available.


Taking these facts into account, it becomes clear why it is necessary to have a plan and cover that is adaptable to the circumstances as they are. It is up to you whether or not you feel the risk is worth taking, however if you decide it is not and you want to be protected, there is one more thing to think about. Insurance can be complicated, and getting a simple plan together may not be comprehensive enough to protect from what has proven to go wrong with New Zealanders.

We know it is a daunting process and involves a lot of intensive research, so feel free to take advantage of our intensive knowledge base and ability to get the best deals from the insurance providers based on your specific needs and life circumstances. We can go to work for you and make sure you are covered.